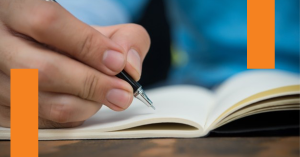 Solidarity today sent letters to more than 10 000 players in the economy asking them to pressure government to revise the current lockdown radically. Among the role players count several thousand small and medium-sized organisations, large companies such as Sasol, ArcelorMittal, mining houses, employers’ and business organisations such as Neasa, the Minerals Council and Busa, as well as trade unions such as Cosatu and Fedusa.

According to Solidarity, it would be catastrophic for the economy and jobs if there is not a radical intervention in the current lockdown strategy. The economic, health and loss of life consequences that will be suffered as a result of the lockdown will be greater than those of Covid-19. In a survey Solidarity conducted among its members 50% of the participants have indicated that they are already receiving only a portion of their salaries.

Solidarity also addressed a letter to Pres Ramaphosa and various ministers asking that everyone who can work without compromising their health, should go back to work. Solidarity asks that the onus to put in place measures to manage the risks related to Covid-19 be shifted to the employers. If there is not a radical intervention, South Africa could fall into an unprecedented social crisis which could be far greater than the crisis due to the virus.

According to Solidarity Chief Executive Dr Dirk Hermann, a democracy can only be kept in equilibrium if there is an active civil society. Even though South Africa is in a state of disaster we are not in a dictatorship. We dare not sit and wait for orders from a command council. When we see that the economy and jobs are being destroyed, we cannot just sit back and wait. Role players in the economy have a responsibility to actively let their voices be heard. That is what is expected of an active citizenry. Solidarity is undaunted in its resistance to the virus but is also undaunted in its stance in favour of work and the economy.

According to Solidarity’s letter to the President and players in the economy the lockdown could cause the Gross Domestic Product to shrink by 23% for the second quarter. The unemployment rate could rise to 50%. According to Statistics South Africa (Stats SA) 36,8% of companies with a turnover of more than R2 million will cut their workforce, and 30,6% are likely to close their doors. Solidarity states that it is concerned about the health of workers, but the ongoing lockdown will lead to catastrophic economic consequences, job losses, famine and loss of life. According to Pandemic Data and Analytics experts the measures to combat the virus could lead to 29 times more deaths than deaths from the virus itself.

According to Solidarity, government should not regulate the economy from the top down. At most, regulations should highlight the exceptional cases of companies that cannot work, instead of making those that can work the exceptions.

“The economy needs to be opened up faster while the health risks in the workplace should be managed rigorously. There must be a shift moving from essential work and services to all work that can be performed in a healthy manner with a responsibility being placed on employers. Workplaces are disciplined environments that can strictly regulate healthy environments,” Hermann said.

To peruse Solidarity’s letter to the President, click here