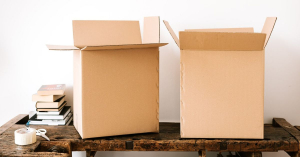 According to the latest Rode Report, a quarterly report on the state of the South African real estate market published by the property valuation group Rode & Associates, there has been an increase in the number of approved home loans since July last year, especially after the strictest period of the national lockdown came to an end and buyers could go and look at show houses again, and the deeds offices reopened their doors.

According to Kobus Lamprecht, head of research at Rode & Associates, the trend continued even into the fourth quarter and record sales were even reported in urban areas. Lamprecht also mentioned that the historically low interest rates in particular could persuade buyers in the mid-market segment, who normally rent, to buy property instead of just continuing to rent.

Lamprecht added that the number of property buyers increased, especially in the price range of between R250 000 and R700 000. That segment is usually also very sensitive to increases in interest rates.

According to the report, the rental market for apartments has been particularly hit hard by the low interest rates. Approximately 13% of apartments in South Africa are currently vacant compared to the 5,6% recorded in 2019. According to Lamprecht, this can be attributed to the low interest rates, which have resulted in the gap between the cost of renting and the cost of buying becoming much smaller than in the past.

The report indicates that cities such as Durban and Cape Town have been hardest hit as landlords there traditionally rely on the tourism industry to rent out their properties for shorter periods. Currently landlords are struggling to find long-term tenants.

According to a participant in the Rode Report who owns an apartment building in Johannesburg’s city centre and rents out these apartments, only 25% of the building’s apartments are currently occupied.

The prediction is that vacancy rates will increase in 2021 as more people will lose their income and they will not be able to pay their rent as well as other expenses.

In 2020, about 2,2 million jobs have already been lost and economists predict that South Africa will face further credit downgrades due to the country defaulting on its debt, especially if there is no drastic improvement in the economy soon. According to Annabel Bishop, chief economist at Investec, there will be further credit downgrades by three of the world’s major credit rating agencies, namely Moody’s Investors Service, S&P and Fitch, if the country does not achieve the expected 3% growth.

This means where South Africa is currently rated in the B-class, two further downgrades will take the country right past the C-class of risky investments to the D-class due to defaulting on loans.

If there is also a second wave of job losses, it will result in house prices remaining under pressure. According to FNB economist Siphamandla Mkhwanazi this will especially affect homes worth more than R2,6 million. However, he believes that the prices of cheaper homes may remain strong as many people may have to downsize to smaller property.

Property market: Second wave of unemployment may have negative impact on prices – https://www.netwerk24.com/Sake/Eiendomme/huismark-2de-golf-werkloosheid-kan-pryse-knou-20201104