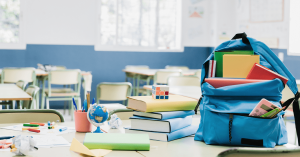 Solidarity welcomes the court ruling against Mmusi Maimane and his OneSA Movement, confirming that schools can remain open.

Solidarity joined the case as friend of the court.

“Maimane argued an opportunistic and questionable case in court, where he declared under oath that everyone should remain locked up in their homes and that schools should close. In court, he went even further, arguing that the opening of schools is akin to sending children into a blazing fire. This deliberate attempt to install fear and anxiety in children and parents is repugnant and unacceptable,” said Solidarity Chief Executive Dr Dirk Hermann.

“The court’s ruling brings certainty that schools may continue, and Solidarity and the Support Centre for Schools have complete confidence in the ability of school communities to manage  the challenges they face because of the lockdown, and that they would do so in the best interests of the learners,” Dr Hermann said.

The Support Centre for Schools has launched a court application to ensure that nursery schools will be able to open on 6 July. The court will decide the case based on the affidavits filed in court.