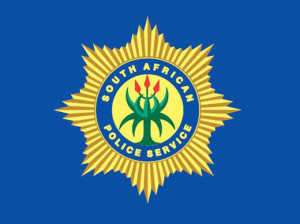 According to Anton van der Bijl, Head of Legal Service at Solidarity, Malebe-Thema made herself guilty of racist and humiliating remarks towards various training personnel during an event at the SAPS Training Academy in Oudtshoorn, in 2016. Van der Bijl also said that the General stated that there were too many white faces occupying positions in training and that the so-called discrimination against black students will be stopped. “During the same event she also made inappropriate comments about a selected group of personnel’s clothing and weight,” Van der Bijl confirmed.

The trade union acted immediately by submitting a formal complaint to the Human Rights Commission (HRC) in Cape Town, in November 2016. Solidarity maintained the pressure by turning to the Labour Court in May 2017, forcing the SAPS to launch an internal investigation against Malebe-Thema.

Van der Bijl reported that the sanction found that Malebe-Thema didn’t show any remorse for her behaviour and that she kept arguing that she didn’t do anything wrong throughout the investigation. Furthermore, it was found that the General’s selective remarks caused emotional harm to the staff members involved, which had a negative impact on their work and personal lives. In view of this, it was found that Major-General Malebe-Thema should be dismissed with immediate effect.

According to Van der Bijl this matter is one of the rare occasions where justice triumphed in a situation where a black person was blatantly racist towards white people. “We are delighted with the outcome, since a lot of time and effort was spent by Solidarity to ensure that the SAPS fulfils its obligation to act upon these matters. I believe this will be a lesson for South Africa, that racism isn’t colour blind,” Van der Bijl concluded.