Mining Indaba kicks off with miner safety in the spotlight 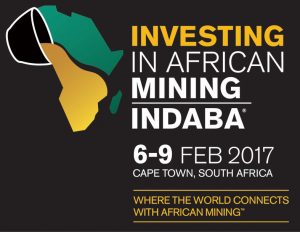 The 2018 Mining Indaba kicked off in Cape Town on Monday and according to ANA issues of health and safety in the mining industry uppermost in the minds of delegates.

Safety at mines, yet again, came into sharp focus last week when more than 950 workers were trapped for two nights at Sibanye-Stillwater’s Beatrix gold mine.

In an interview on the sidelines of the indaba, Chamber of Mines CE Roger Baxter said that the industry’s efforts were being led by its “Zero Harm” programme chaired by Anglo American Platinum CEO, Chris Griffith.

Indicating that the industry was taking the current safety drive very seriously, Baxter went on to say:  “There is a lot of work (being) done on critical controls, lots of work being done on seismicity, one of the big areas where we saw improvement based on the numbers we have.  So there is a huge amount of senior leadership focused on safety issues. And then we have a mine occupational safety and health learning hub in the Chamber to try to reduce fatalities in the industry.”