WerkNet
Your Family
Your Career
Your Health
Your Money
You and the Law
Occupational Guilds
Solidarity Youth
S-Leer
Home › Press Releases › Minister focuses on the photo; forgets about the scoreboard

Minister focuses on the photo; forgets about the scoreboard 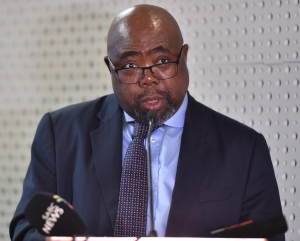 Minister focuses on the photo; forgets about the scoreboard

Solidarity expressed its dismay with Minister Thulas Nxesi’s intention to punish employers for their “insufficient transformation”.

“Minister Nxesi repeatedly mentions that top and senior management have not been transformed, based on the Commission for Employment Equity’s report. What he omits to say is that this segment only represents 0,8% and 2% of the total labour force. By zooming in so closely on such a small segment shows premeditated intent on the part of the minister,” Connie Mulder, head of Solidarity’s Research Institute says.

“This obsession with race has already cost the country dearly in the form of the catastrophic skills loss it has caused in state enterprises. Wanting to now apply the state’s recipe for disaster in private sector companies is reckless. The public service has been totally crippled by a policy which pursues demographic targets, and which led to such a skills loss that we are faced with power supply uncertainty today. Wanting to apply such a policy more rigorously to the private sector will inevitably have the same consequences. It’s time we start to focus on people’s skills rather than on the colour of their skin,” Mulder added.

What is particularly alarming is the clumsy use of the economically active population as supreme and virtually sole criterion.

“The Springbok team has to consist of rugby players – hence, the Springbok team will represent the demographic composition of professional rugby players rather than representing the economically active population. This applies to all professions that require specialist skills or experience. One cannot appoint someone as a nurse or a pilot if the person does not have the necessary training. By ignoring factors such as training and experience and rather focusing on race as sole criterion the minister is engaging in clumsy social engineering,” Mulder cautioned.

“The black population’s tertiary education level stands at only 8% compared to the white population’s tertiary education level of 34%. The average age of the black population is 21, compared to the white population’s average age of 37. Top and senior management tend to consist of highly educated people with many years of experience. Surely, it then follows that the white population would be over-represented at that level. The free market, however, sees no colour except the colour of money – and will always appoint candidates who have the necessary skills and experience. Government’s lament over under-representation is actually an indictment on the education being offered to South African citizens,” Mulder explained.

“What is absolutely staggering is government’s total blindness to its own folly. The Commission for Employment Equity’s report also recommends that migration laws be applied more strictly as foreigners have started to take up so many of the jobs at the lower levels of the labour market. It is as if government has forgotten that it introduced a national minimum wage that keeps ordinary South Africans, and especially young people, out of the labour market, leading to those opportunities being pursued by foreigners,” Mulder added.

“The report once again shows that the ANC government is obsessed with the team photo but does not care much about the scoreboard,” Mulder concluded.