WerkNet
Your Family
Your Career
Your Health
Your Money
You and the Law
Occupational Guilds
Solidarity Youth
S-Leer
Home › News Office › National and provincial election, everything you should know

National and provincial election, everything you should know 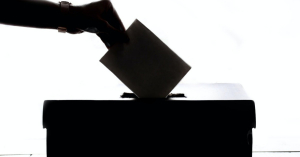 What are national and provincial elections?

Although these are two different elections, they are held on the same day, as was the case in 2019.

“Elections are an important way for people to debate and decide on their country’s future. Elections also provide an opportunity for voters to put to use their constitutional rights.” – The Electoral Commission of South Africa.

What is the difference between national and provincial government?

The national government consists of:

The provincial government consists of:

What do you vote for in the national and provincial elections?

You vote for a political party to represent you in the National Assembly in Parliament.

You vote for a political party to represent you in the Provincial Legislator.

In the national and provincial elections in South Africa, voters vote for a political party and not for individuals as in certain countries. The political party then gets a share of the seats in parliament in direct proportion to the number of votes it received during the election. Each party then decides which of its members will fill the seats they have won. This is called a system of proportional representation (PR).

However, the system used in South Africa might change in future. The political party Congress of the People (Cope) recently provided further details about its planned Electoral Laws Amendment Bill which will allow citizens to vote for a specific individual or presidential candidate rather than for a political party.

The aim of the draft amendment bill, which was announced for the first time in 2020, is to give effect to the Constitutional Court ruling of June 2020 that found that the country’s Electoral Act is unconstitutional as it does not provide for adult citizens to participate as independent candidates in the national and provincial elections.

Other elections that must also be taken into account:

By-elections take place within 90 days after a municipal ward council seat becomes vacant due to death, expulsion, or resignation of a ward councillor.

A hybrid system is used in South Africa, which means both the ward system and the system of proportional representation (PR) are used.

There are three types of municipal councils in South Africa, namely:

Someone living in a metropolitan municipality will receive two ballot papers in a municipal election:

Someone living in a Local Council or a District Council will receive three ballot papers:

2021 local government elections likely to go ahead – and they could be the most contested ever – https://www.dailymaverick.co.za/article/2020-09-28-2021-local-government-elections-likely-to-go-ahead-and-they-could-be-the-most-contested-ever/

Major election changes proposed for South Africa – including the option to vote for individuals, not parties – https://businesstech.co.za/news/government/466742/major-election-changes-proposed-for-south-africa-including-the-option-to-vote-for-individuals-not-parties/