Netball SA may soon be challenged in court over race rules 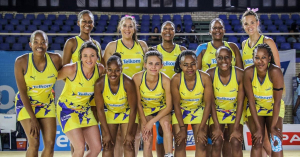 On Friday 6 November Solidarity issued a letter to Netball SA in which Solidarity threatens the federation with legal action should it not renounce its rules about the racial composition of players on the field at a given moment. This comes after a team lost its place in the final in the Telkom Netball League on 25 October because the team had too few white players during the match.

“This is plain ridiculous. South Africa is already the most racially regulated country in the world, but there is just about no sphere of society where the interference comes nearly as close as that of Netball SA, ” Hennie Bierman, head of the Solidarity Guilds explained. “The idea that there are race referees who have to continuously ensure that teams maintain an artificial and unfair race quota, is not only completely contrary to international norms, but it is in particular also morally appalling.”

Solidarity argues that by such rules Netball SA not only harms certain groups but, ultimately, they harm all players, coaches and the entire sport and its allied professions by enforcing such strict and unjustified rules.

“The question has never been who is disadvantaged and who stands to benefit from such absurd rules. The fact is that we are all worse off. The sport, too, is worse off. Ironically, the main victim of such illogical rules is the hope that there will be progress as far as race relations are concerned in our country.”

Solidarity is of the opinion that relevant rules such as those currently expounded and applied are unconstitutional in their entirety and are also prohibited by various regulations compiled for this sport by international bodies.