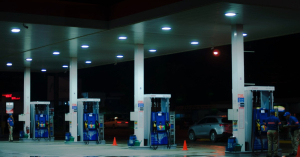 From 7 April 2021, motorists will be hit with an enormous petrol price hike of R1,00 per litre while the wholesale price of diesel will increase by up to 65c per litre.

The inland April fuel price of R17,32 for 95 octane unleaded petrol will be a new record high, surpassing the previous 2018 record of R17,08 per litre.

These increases include increases of 16c per litre and 11c per litre respectively in the fuel levy and the Road Accident Fund (RAF) levy on both petrol and diesel that Finance Minister Tito Mboweni announced in his Budget Speech on 25 February this year.

According to OUTA (Organisation Undoing Tax Abuse) various levies are included in the fuel price, for example non-fuel related costs such as the Fuel Levy, the Road Accident Fund Levy, wholesale and retail profit margins as well as smaller amounts for transport and storage costs.

According to Morné Malan, head of news and publicity at Solidarity, this significant burden is becoming too much for the taxpayer. He argues that the general fuel levy, which is ostensibly used to maintain roads, and the levy for the Road Accident Fund, an institution that is already on the brink of collapse, make fuel much more expensive than it should be.

For South Africa, the solution is not in a new government or in the appointment of new staff members working for the government, but rather in less interference from the state and in a free market economy that allows for competition in the market. Not only will that make the price of products such as fuel more affordable, but it will also ensure the best service delivery because consumers’ hard-earned money will do the talking. The latter is especially necessary in South Africa to improve service delivery and ensure no monopolisation.

According to the Automobile Association (AA), South Africans are vulnerable due to the weak rand and rising oil prices. The AA warned that future economic and policy shocks are likely to have a significant effect on the fuel price, especially now that the international oil price has recovered.

Here is the official petrol price for February – https://businesstech.co.za/news/energy/464714/here-is-the-official-petrol-price-for-february-2/