No degree means no job 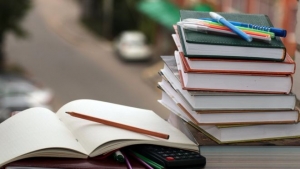 City Press reports that about 56% of the 7,6 million South Africans who were unemployed in the third quarter of the year do not have a matric qualification – and 34,1% only have a matric certificate.

The latest Quarterly Labour Force Survey (QLFS), released by Stats SA last Tuesday, showed that 2% of those unemployed were graduates, while 7,2% had tertiary qualifications other than degrees. The total unemployment rate in the third quarter was 29,1%, while this time last year it stood at 27,5%. According to the expanded definition of unemployment, it came to 38,5%. Of the 15,4 million people who were not economically active 2,8 million were discouraged jobseekers.

Economist Christie Viljoen noted that most job losses over the past year were among uneducated and semi-educated tradespeople. In the crafts and related industries sector 106 000 job opportunities were lost; 39 000 factory and machine operators lost their jobs; and in elementary occupations such as routine manual labour 55 000 posts were lost.

She said that, with more jobs held by uneducated people being lost, people in low-income households would be the worst hit – and this would result in increasing inequality and poverty. Isaac Matshego and Dennis Dykes of Nedbank’s economics unit said a concerning figure was the number of people who had been without a job for more than a year. In the third quarter, they made up 70,9% of the number of unemployed people and 20,7% of the labour force.