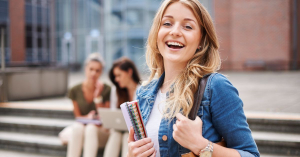 Following litigation by Solidarity, the National Student Financial Aid Scheme (NSFAS) today undertook to reinstate the suspended bursaries of members on whose behalf Solidarity acted. In a settlement agreement with Solidarity, the NSFAS undertook to henceforth fulfil all its financial and contractual obligations to Solidarity’s members.

“Solidarity welcomes the NSFAS’s sudden willingness to reinstate the bursaries. The irregularities at the NSFAS were immediately addressed by Solidarity, and Solidarity insisted that the NSFAS should fulfil its obligations. We were ready to go to court tomorrow to continue the fight. We and our members are delighted that the NSFAS, after sustained pressure, was finally forced to realise its actions were unjustified,” said Paul Maritz, manager of Solidarity Youth and Career Development.

According to Solidarity, the cancellation of these students’ bursaries was unlawful. Solidarity argued that the contract between the NSFAS and its bursary holders was binding and could not be changed unilaterally by the NSFAS without proper justification. The case was due to be heard in the Western Cape High Court tomorrow, but the NSFAS has since committed itself to the settlement.

“This agreement between Solidarity’s members and the NSFAS now ensures that these students can be confident that their study fees will be paid, and they can now focus on their studies and their careers. Justice has prevailed. However, we will continue to monitor the situation, and we will not hesitate to resume our legal action against the NSFAS should further problems with bursaries arise,” Maritz concluded.