WerkNet
Your Family
Your Career
Your Health
Your Money
You and the Law
Occupational Guilds
Solidarity Youth
S-Leer
Home › Press Releases › NSFAS is robbing students of future: Solidarity to court

NSFAS is robbing students of future: Solidarity to court 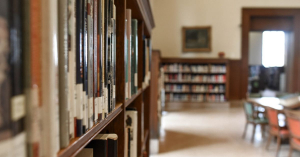 Solidarity Youth today brought an urgent court application against the National Student Financial Aid Scheme (NSFAS) to force this aid scheme to immediately reinstate all bursaries to which it had committed itself contractually and to meet its financial obligations accordingly. This application comes after NSFAS, in its response to Solidarity’s letter of caution, denied any irregularities or mismanagement with regard to the non-payment of student bursaries.

“NSFAS is absolving itself while thousands of students are now without a future,” Paul Maritz, manager of Solidarity Youth and Career Development, said. “The upshot of NSFAS’s mismanagement is that students have lost their bursaries and will therefore not be able to continue and complete their studies. These students all come from lower income groups and cannot fund their own studies in any other way. For them, NSFAS provided an answer and was an opportunity to shape their own future. Now they are being deprived of this by irregularities in the aid scheme.”

In its court papers Solidarity rejects NSFAS’s claims that it acted fairly and within its rights by cancelling student bursaries and withdrawing financial support to students. Solidarity insists that all irregularities should be stopped immediately and requests the court to order NSFAS to honour its contractual obligations towards the students with whom it has entered into an agreement.

“No institution has the right to unilaterally terminate a contract and to simply be remiss in fulfilling its obligations. Anton van der Bijl, head of Legal Services at Solidarity, said.” What NSFAS did, is not just unethical, but it is also immoral. NSFAS forgets that it (the scheme) is not just dealing with numbers but with people whose future is at stake. Solidarity will not tolerate such actions by institutions and will fight against such irregularities.”