WerkNet
Your Family
Your Career
Your Health
Your Money
You and the Law
Occupational Guilds
Solidarity Youth
S-Leer
Home › Press Releases › Nursing, a profession in jeopardy

Nursing, a profession in jeopardy 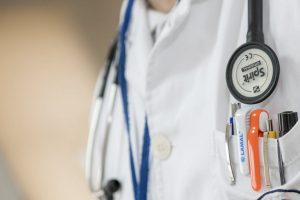 The Solidarity Occupational Guild for Health Practitioners said at a conference today that unless urgent intervention takes place and solutions are found for the enormous shortage of nursing staff, we will possibly face a national health crisis.

“One of the biggest challenges in the nursing industry in South Africa is the shortage of nursing staff. In 2010, a shortage of more than 44 700 nursing staff was recorded,” Hennie Bierman, Head of the Solidarity Occupational Guilds said.

According to Bierman, the nursing profession has been jeopardised over the past decade by among others, a lack of funds, a shortage of equipment, and insufficient training. “The number of qualified nursing practitioners in all nursing categories decreased by approximately 40% since 2013,” Bierman said.

The ratio of nursing staff to the population using the public health care sector, according to Persal, the payroll and personnel administration system, indicates that there is only one nurse for 401 people. According Bierman, such statistics causes great concern over the future of nursing in South Africa.

Bierman further said that this drastic decline in qualified students also means an enormous danger for the profession. “The South African Nursing Council (SANC) confirmed that there has been a decrease of more than 8 000 qualifying students from 2016 to 2017,“ Bierman added.

Bierman also indicated that vigorous planning and action plans are necessary to ensure the survival of this noble profession and therefore, the Solidarity Occupational Guild for Health Practitioners has taken responsibility to create a large study fund, specifically for nursing students. “This fund has been created to provide training for students who have a consuming passion to help people, but cannot afford it,” Bierman said.

Solidarity is also going to offer profession-specific training of high quality through S-leer, Solidarity’s centre for continued learning to create a platform for nursing staff to develop their skills and abilities further. Solidarity will also focus on strengthening Akademia’s endeavours regarding accreditation for its degree in Nursing.

“Nursing as a profession in South Africa is in jeopardy, but the impact thereof on good health care for millions of South Africans is almost inconceivable,” Bierman concluded.