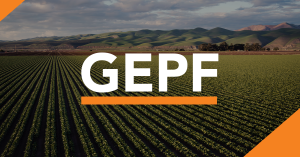 Solidarity today submitted an application in terms of the Promotion of Access to Information Act (PAIA) to the Public Investment Corporation (PIC) and the Government Employees’ Pension Fund (GEPF) to get to the bottom of the deal to acquire the farm Palmietfontein near Coligny for a huge amount of R500 million.

“We suspect a snake in the grass here. It is actually baffling that while the Zondo Commission’s work is continuing and the lawsuit against Zuma is taking place, government officials still continue to steal the pensions of ordinary workers in an unperturbed way. Clearly, corrupt officials have no fear of consequences,” said Connie Mulder, head of the Solidarity Research Institute.

This comes amid controversy over the pension money of millions of civil servants that is raging on the political playing field after the trade union COSATU proposed that Eskom’s debt burden of R450 billion be redeemed by its workers’ pension money. Pres. Cyril Ramaphosa and the Minister of Public Enterprises, Pravin Gordhan, have been openly receptive to the idea of investing the pension money in poor government entities such as Eskom by means of prescribed assets.

“Step one in the uncovering of corruption is to put the spotlight on corrupt cadres – and that is what we are doing with this PAIA application now. In our application we specifically ask for the names of the persons who approved the transaction and the names of those who did the valuation of the property. The time of hiding behind organisations is over – personal accountability is called for here. Obtaining information is, however, only the first step in the resistance Solidarity will offer to the pillaging of pension funds,” Mulder contends.

What is particularly alarming is that it is becoming increasingly clear that the governing elite regards all money in South Africa as inherently belonging to them – it is merely in your pocket at the moment. Unfortunately, it is one of several assaults on pensions by the governing elite. A party and a president looking on while blue-collar workers’ pensions are stolen to enrich tenderpreneurs are not only incompetent; they are accomplices. Solidarity is fighting for our members and their savings that the government wants to squander, but we are also taking a stand for all South Africans who should not be held responsible for this debt,” concluded Mulder.