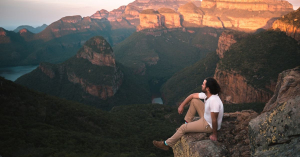 The Covid-19 pandemic has hampered the international as well as the local tourism industry. There is also evidence that countries around the world cannot rely on the international tourism industry only, but that this industry must also be strengthened and assisted in other ways. Lessons have been learned not only from the national lockdown, but also from the way the pandemic is being approached by various countries around the world. The government and the local tourism industry will have to work together to ensure that the local market creates opportunities for local tourists, as the pandemic relies mainly on local travelers and holidaymakers.

According to Statistics SA, the number of tourists in South Africa in 2018 was 16.44 million, a number that has increased gradually over the past 5 years and is expected to show even further growth in the future. It is predicted that the number will reach 19.6 million by 2023.

According to statistics, the largest number of tourists to South Africa from a non-African country in 2018 was 430 708 visitors from the United Kingdom.

Tourism Minister, Mmamoloko Kubayi-Ngubane, pleaded with local tourism operators in September to lower their prices for local tourists after she allegedly received complaints from the public because prices for most of the popular tourist areas are unaffordable for many citizens. She argued that local tourists are needed for the local industry.

“You cannot compare prices in dollars with those in rand. At present, some accommodation establishments charge as much as R30 000 per night. How can local tourists afford it? I plead with them to reduce their tariffs so that it is within the capacity of local residents.”

With the reopening of the country’s borders, only some countries can travel to South Africa while a long list of countries is still banned. There is still worldwide fear about the pandemic and for this reason, it is expected that many tourists will not embark on international trips.

Kubayi-Ngubane also argued that businesses that normally target wealthy foreign tourists should come up with innovative ideas and that they should adapt to the needs of the local market.

The Minister also proposed a policy shift that entails a two-level price model in which lower tariffs are offered to South Africans. The concept is already used formally and informally in the tourism industry around the world.

A good example of a local system already in use is that of SANParks which operates an impressive domestic tourist-oriented system. This system makes it cheaper for South Africans to visit the parks where accommodation is also offered at reasonable prices.

The system promotes interest in the local tourism industry because it makes visits to parks more affordable. It also allows local tourists to spend more time in the parks’ restaurants and shops because their budgets allow for it.

An example of an expensive attraction that most South Africans would like to utilize is the Table Mountain cable car. Due to the astronomical amount of R380 per adult, the majority of local tourists cannot afford it.

However, experts warn that the two-level price model, where local tourists pay less than international tourists, must be managed transparently so that international tourists are not deterred in the process. Foreigners may view the pricing model as a negative ideology and unethical and that could influence the choice of their next destination.