Prepare yourself for a sharp rise in the price of fuel 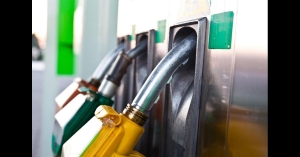 Due to the national lockdown many motorists made less and even no use of their vehicles. During this period there also was a welcome decline in the price of fuel, but few consumers could exploit this benefit because of the heavy South African tax that prevents motorists from benefiting from the advantage of low oil prices.

An earlier report by the AA (Automobile Association) said that the general fuel levy and the levy for the road accident fund are responsible for 50% of the petrol price at the coast and 48% in the interior.

However, with almost 8 million people returning to work on 1 June there is little reason to look forward to the lower rates that benefited motorists up to level 4 as the price of fuel will rise by more than R1 a litre from the first week of June, and in some cases by more than R1.

This is in spite of the fact that consumers need some form of financial relief now that they return to work because many employees received little or no compensation.

In the middle of May data from the Central Energy Fund suggested that a rise of 50 cent a litre (petro) could be possible, but new indications are looking at a price rise in the vicinity of R1,15–R1,18 per litre if the current tendencies continue till the end of May.

Diesel will go up by around 22c a litre, while the price of paraffin could go up by 41c a litre.

According to the AA the worldwide collapse under the Covid-19 pandemic caused the demand for fuel to drop. The resultant over-supply left storage bunkers full, with the  extraordinary outcome that oil prices in the USA dropped to just under zero.

The Association pointed out that the price of crude oil used to calculate South Africa’s fuel prices dropped because of the lower demand for fuel, but that they are rising now as economic activities in South Africa and also the rest of the world are on the rise.

Motorists who use diesel have also been warned that a temporary shortage could arise.

According to the AA the rise was not unexpected and it also says that South Africans should remember that the fuel price is currently R4 per litre cheaper before the crisis caused by the pandemic began. The rand also strengthened during May and this helped to keep bigger increases at bay.

The increase in fuel prices is never good news, and even less so in the uncertain times caused by the pandemic, but the good news is that international oil prices, in a historical perspective, are still relatively low and are at present trading at about 36$ per barrel.