WerkNet
Your Family
Your Career
Your Health
Your Money
You and the Law
Occupational Guilds
Solidarity Youth
S-Leer
Home › Press Releases › Preschoolers may return to school, court says 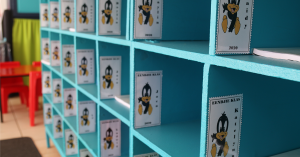 Judge Fabricius today ruled in favour of the Solidarity Occupational Guild for Social Workers and the Solidarity Support Centre for Schools (SCS) that private nursery schools and daycare centres are entitled to reopen immediately if they can do so safely. The two organisations filed a case against the Department of Social Development because no indication was given regarding a specific date for the reopening of these institutions.

According to a media release issued on 5 June, the Department of Social Development indicated that the Early Childhood Development Sector, consisting of Grade R and younger learners, may not reopen under Level 3 lockdown regulations, but Judge Fabricius declared this to be unlawful.

“We are delighted with the ruling. It means thousands of parents will be able to place their children in the care of their competent teachers again for the stimulation and learning that children so desperately need,” said Marisa Engelbrecht, sector head of the Solidarity Occupational Guild for Social Workers. “What is even more reassuring, is that these children will now be in a safe environment again and that the children dependent of feeding schemes will once again be able to learn and develop optimally with food in their stomachs.”

The occupational guild and the SCS argued that the nursery schools and daycare centres in question are fully equipped and ready to receive preschoolers in the safe environment they have created and therefore there was no further reason to prevent children from returning to school.

Judge Fabricius also ordered the Department to bear Solidarity and the SCS’s legal costs related to this matter. The Department failed to submit its court documents and has failed to respond in any other way as court proceedings require. In his response Judge Fabricius expressed strong discontent with the Department of Social Development about how it has dealt with the matter, especially in view of the fact that this matter was about the best interests of young and defenceless children.

“In terms of the ruling, the state has no choice but to allow the reopening of private nursery schools and daycare centres,” says Anton van der Bijl, head of Solidarity’s labour law services. “Teachers can resume their duties and the many staff members who also suffered as a result of this senseless silence on the part of the department can now look forward to work in a safe way that does not compromise health. This victory is not just a victory for private nursery schools and daycare centres as well as their learners; it is a victory for every South African who wants to stand up to the unfairness of the government’s lockdown measures,” concluded van der Bijl.