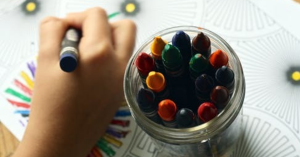 Statements made by the Minister of Social Development’s department earlier this week caused uncertainty pertaining to the reopening of private preschools in South Africa, even after Solidarity’s Support Centre for Schools (SCS), Solidarity and Bronkieland Preschool had approached the High Court in Pretoria on an urgent basis in this regard. On 6 July, Judge Fabricius granted an order against the Minister of Social Development and ruled that preschools that offer ECD services (Grade R and lower) may open immediately if they can do so safely.

That it is declared that, in terms of the amendment to the Regulations issued by the Second Respondent in terms of section 27(2) of the Disaster Management Act, No 57 of 2002, and published in the Government Gazette on 28 May 2020 (the Alert Level 3 Regulations), all private pre-school institutions offering Early Childhood Development services (Grade R and lower) are entitled to re-open immediately. – Prayer 2 of the Notice of Motion

In the Minister of Social Development’s statement, which was released after the ruling by Judge Fabricius, the minister claims that nursery schools need to obtain approval or certification by the department before they may open.

According to Anton van der Bijl, Solidarity’s head of Labour Law Services, this is not true. He states that according to the court ruling any school that believes that it can open safely, may do so.

Van der Bijl says that Solidarity considers the minister’s actions in this regard to be in contempt of the court’s ruling, and a letter of demand to the department is being prepared, which will require the minister to withdraw her remarks immediately and to allow schools to open. He concluded that the minister’s actions can incur a prison sentence for her, and that Solidarity is prepared to demand that, if necessary. The court handed down its ruling and the minister is not entitled to disregard the provisions of this court order,

51.1 Prayer 2 of the Notice of Motion is granted subject to the appropriate and/or prescribed safety measures being in place.

Solidarity has had various queries from preschools about the wording of the court ruling and what is meant by “subject to the appropriate and/or prescribed safety measures being in place”.

Solidarity, however, has formulated a code of good practice for the safe return to schools, during and after the lockdown, that contains valuable information as to how preschools can ensure a healthy and safe environment for both the learners and staff of all preschools in the midst of the Covid-19 pandemic.

The document can be downloaded at the following link: https://corona.org.za/leer-werk/

In the media statement, the Department of Social Development seeks to introduce measures under the term “appropriate and/or prescribed safety measures” that ECD centres must comply with before reopening. The media statement released by the department contains misrepresentations that do not form part of the court order.

In terms of the court order, all private preschool institutions offering ECD services (Grade R and lower) are entitled to reopen immediately, subject to the appropriate and/or prescribed safety measures being in place.

To reiterate, these safety measures are those contained in existing Regulations and Directives only, which have been published in the Government Gazette, such as the requirements in respect of physical distancing, sanitising, and washing of hands and wearing of masks.

These measures are to be applied and adjusted by the management of each respective pre-school, and educators must guide and orientate the children in this respect.

Form 1, a self-assessment form which should be completed according to the Department of Social Development’s Circular dated 21 June 2020, is not a legislative instrument, and it is not a measure prescribed in terms of any law that requires compliance by ECD institutions. Therefore, these are not preconditions to be complied with before ECD institutions may reopen, as envisaged in the court order.

Should any private preschool experience any difficulty with any state official from the Department of Social Development, or if any further uncertainty arises, kindly contact the SCS or Solidarity.