Regulations can destroy arms industry and lead to job losses 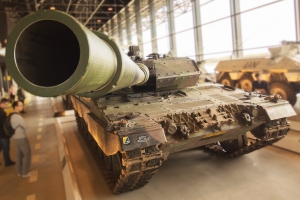 Solidarity urgently appealed to the National Conventional Arms Control Committee (NCACC) and the South African government to act in the interest of the economy by abolishing mandatory inspections on military equipment that can destroy the arms industry. This follows after the Parliamentary Committee on Defence issued a statement on 27 November 2019 in terms of which these inspections would be mandatory right across the board.

In terms of section 9 of the National Conventional Arms Control Act (NCACA), an end-user certificate (EUC) must be issued, which is an undertaking by the government of an importing country to the relevant exporting country that controlled items will not be transferred, alienated or resold without the consent of the exporting country.

“This will have far-reaching implications for employers and employees if this issue is not addressed. Job security at Rheinmetall Denel Munition (RDM) is already in jeopardy and about 600 employees could now lose their jobs. The government’s uncompromising stance on this issue will inevitably lead to client countries withdrawing their business from South Africa. The economic uncertainty currently prevailing in the country and the continued rise in unemployment will only worsen if the government does not heed the industry’s plea,” said Johan Botha, Deputy General Secretary of Solidarity’s Professional Industry.

Solidarity has been involved in discussions with several interested parties in the arms industry since July 2019, including employers, consultants and legal experts. Solidarity also went to great lengths to reach out to Public Enterprises Minister Pravin Gordhan, as well as to the Minister in the Presidency, Jackson Mthembu, who is also the chairperson of the NCACC. A request was even sent to President Cyril Ramaphosa and other members of the NCACC in an effort to warn them about the large number of job losses the arms industry may have to contend with.

“Several legal opinions indicate that the inspections clause of the end-user certificate is illegal and obstructive in nature and is in fact not contained in the NCACA itself, but only in the wording of the certificate. The certificate is only an annexure to the NCACA and cannot be more restrictive that the Act itself. Therefore, importing countries are reluctant to sign the certificate in its current format, which indicates a bleak future for further arms exports and job security in the industry,” Botha concluded.