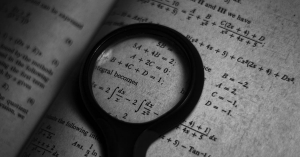 The Department of Basic Education (DBE) announced last week (16 November 2020) that the second math paper written by this year’s matriculants during the 2020 final examination had been leaked a few hours prior to it being written.

According to the department, its investigation team is currently looking into the incident and the Hawks and other IT experts are also assisting in the investigation.

The department said they became aware of the incident after the department’s spokesperson, Elijah Mhlanga, had received an email from a university student in Johannesburg who runs an NGO specialising in assisting learners with school subjects. The exam paper was attached to the email.

The student received the exam paper from four learners who asked for assistance, and they themselves had become suspicious of the exam paper. The exam paper was also forwarded via WhatsApp, and it was forwarded in several groups by matriculants who tried to help each other.

According to the department, the leaking of the exam paper did not necessarily undermine the integrity of the paper.

The department also mentioned that the outcome of the investigation would determine whether the leaked exam paper had been distributed more widely than only in certain areas of the affected provinces, and the investigation will also determine if and where a rewrite will be necessary.

According to Solidarity’s Support Centre for Schools (SCS), leaked exam papers jeopardise the integrity of the matric exam. With rumours that the second Physical Science paper was also leaked yesterday (23 November 2020), serious questions arise regarding the security of exam papers. There have been no cases of leaked papers since 2016, possibly indicating that the source is an adult in the inner circles. The events call into question the integrity of the department, although strict measures have been put in place by the DBE to avoid precisely these types of situations. The SCS emphasised that strict action must be taken against the guilty parties and that the matter must be resolved as soon as possible so that the learners may end their year successfully and with a credible qualification.