WerkNet
Your Family
Your Career
Your Health
Your Money
You and the Law
Occupational Guilds
Solidarity Youth
S-Leer
Home › Press Releases › Ruling in favour of Solidarity: Denel must pay 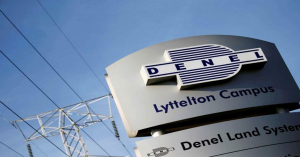 The Labour Court today ruled in favour of Solidarity and gave judgment against Denel. The ruling orders Denel to honour all outstanding contractual and statutory obligations it has towards Solidarity members by no later than 7 August. This includes payment of all outstanding salaries for May, June and July.

“Denel and the state as shareholder have dealt recklessly with their employees,” says Helgard Cronjé, Solidarity’s sector coordinator for defence and aviation. “Historical problems are at the root of the predicament Denel finds itself in, not being able to pay its employees. This problem has not arisen as a result of Covid-19 but is the result of years of incompetent management, corruption and state capture.”

Judge A van Niekerk delivered judgment electronically this afternoon after the hearing took place this morning via the Zoom platform. This comes after Solidarity placed its urgent court application back on the court roll after it had temporarily withdrawn its initial application that was scheduled to be heard on 30 June as Denel had indicated at the time that it wanted to enter into negotiations and that it wanted to find a solution to honour its obligations. However, these attempts by Denel to turn around its financial position were not supported by the state, leaving Solidarity with no choice but to resort to the court.

“Solidarity is pleased by the ruling in favour of Denel’s employees. It is yet another step closer to force Denel’s board to take action in order to save the entity and in so doing to force the government as shareholder to also start fulfilling its role as a responsible shareholder,” Cronjé concluded.