SA company in discussions about a Covid-19 vaccine 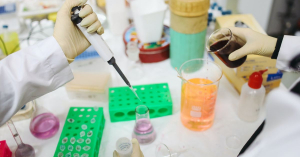 The news agency, Reuters, reported that the South African Company, The Biovac Institute, will be able to produce up to 30 million doses of Covid-19 vaccines per year.

According to the institute’s Chief Executive, Morena Makhoana, it will depend on the technology involved in the processed.

The company, that is partially owned by government, is currently in discussion with pharmaceutical enterprises to ensure that they will be able to produce some of the vaccines needed by South Africa to fight the pandemic.

According to the Director General of the Department of Science and Innovation, the ministry that manages the government’s interests in Biovac, the ambitions of Biovac is supported by government because it will stimulate the local manufacturing industry and because it will possibly also work out cheaper to vaccinate South African citizens with a locally produced vaccine.

It is not the first time that the South African government will make use of the company’s services and vaccines. The government is currently buying approximately 95% of everything the company produce in a year. The vaccines bought by government, is used to prevent illnesses such as tuberculosis and cervical cancer. The rest of the stock is sold to countries in Africa. Biovac has also worked with companies such as Pfizer and Sanofi in the past.

Makhoana mentioned, that depending on whether the vaccine requires one or two doses for the successful treatment of Covid-19, the company will be able to produce enough vaccines for a quarter or half of South Africa’s population.

On the question about who is working with Biovac on the process, Makhoana said that they will have to see who reaches the finish line first to come up with a vaccination and also who has the technological aptitude. He says, however that they are fairly confident that they will be able to conclude an agreement.

Biovac has been identified by the Coalition for Epidemic Preparedness Innovations (CEPI), the foundation working with the COVAX scheme and the World Health Organisation as well as the GAVI vaccine alliance, as a potential manufacturer of medicines in this regard, but no agreement has yet been reached.

The COVAX scheme aims to distribute around 2 billion Covid-19 vaccines around the globe by the end of the year.