SA to close ten embassies and consulates to cut costs 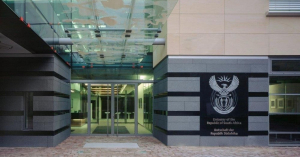 Daily Maverick reports that the Department of International Relations and Cooperation (Dirco) is expected to announce the closure of some diplomatic missions soon. The department will probably also explain which ambassadors and other diplomats in nearby countries or cities will assume responsibility for the diplomatic services in those countries or cities where the embassies or consulates are to close.

The South African government is expected to cut ten of its diplomatic missions abroad as a cost-saving measure.

According to Daily Maverick’s sources, the following eight South African embassies will be closed:

What is the difference between an embassy and a consulate?

An embassy forms the basis for a country’s diplomatic mission abroad, which means that all the political, cultural and social relations between these two countries are strengthened and kept in good order. Usually, a country only has one embassy in another country, as this is where the ambassador concerned works and also sometimes resides.

A consulate is where consulate services are performed. Embassies usually have a consulate department. There can be more than one consulate in a country, and these are usually in the cities most tourists like to visit.

What does an embassy do?

One of the roles of embassies and consulates is to offer assistance to their national citizens abroad. This assistance may vary between countries. In conflict areas, embassies can often provide only limited assistance.

Everything you need to know about embassies – https://www.postoffice.co.uk/travel-insurance/embassy-consulate-info