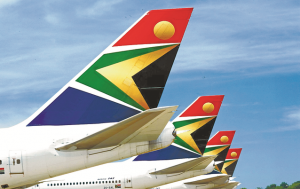 “Following Pres Cyril Ramaphosa’s election a spirit of excitement prevailed about a new beginning. However, it now seems as if the faces on the pictures may have changed but the facts on the ground have not. Mr Jarana’s resignation leaves Solidarity with no choice but to update its court papers for business rescue, making a final end to the cadre merry-go-round at the SAA,” Connie Mulder, head of Solidarity’s Research Institute said.

Solidarity today expressed its major concern in response to the resignation of SAA CEO, Vuyani Jarana.

“We find it extremely disconcerting that in his letter of resignation Mr Jarana cites all the challenges Solidarity had highlighted in 2018 as the reasons for the airline’s failure,” Mulder said.

“This is proof that while the airline is state-owned it is unsalvageable, regardless of who is at its helm. In 2018 Solidarity reached an agreement with Mr Jarana in terms of which he would give us regular feedback on progress being made with the turnaround strategy. It is now clear to us that this strategy is not going to be implemented for as long as the SAA is owned by the state,” Mulder added.

The SAA’s status as a going concern is still in jeopardy, and it would appear as if little progress has been made as far the implementation of the turnaround strategy is concerned.

“To give a new CEO another chance, yet again, will be irresponsible given the history of the SAA,” Mulder added.

Solidarity considers the SAA business rescue application to be a precedent-creating case of vital importance, not only for the SAA, but also for taking back other, bigger state-owned enterprises from the hands of the state.

“To sit back now and let the SAA continue with another bailout and a new face will be akin to treating a patient who needs heart bypass surgery with a Panado. The SAA and other state-owned enterprises need radical, external intervention, and Solidarity will provide it,” Mulder concluded.