WerkNet
Your Family
Your Career
Your Health
Your Money
You and the Law
Occupational Guilds
Solidarity Youth
S-Leer
Home › Press Releases › SAA rescue plan: kick in the teeth for industry, taxpayers 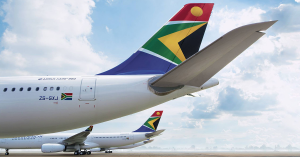 Solidarity noted with dismay that the South African Airways’ business rescue plan has been approved.

“The approved business rescue plan does not address any of the key problems. The plan inevitably means that taxpayers will be confronted with bailouts to the struggling airline for years to come due to the pride and vanity of the government. In a manner of speaking, the business rescuers, creditors and the department of public enterprises have placed a band-aid on a patient who needs open-heart surgery – we will soon be in the same situation again,”  said Connie Mulder, head of the Solidarity Research Institute.

“Given our fiscal situation, it is irresponsible of the government to inject billions of rands of tax money into the SAA – there is simply no money in the treasury for this. Questions need to be asked about a state that uses tax money to save a struggling and unnecessary state enterprise while the entire country’s economy and health care system are collapsing. Should the government provide the funding as required, it would imply that the government will spend 150 times more on one airline than the amount received by the entire tourism industry. In fact, the government is going to spend approximately the same amount of money on the SAA’s turnaround process as it has spent on aid to all South African citizens who have temporarily lost their jobs. That is outrageous,” Mulder continued.

“Although the department has mentioned a possible equity partner, it is clear that the government wants to retain full control and ownership of the struggling airline at great cost to taxpayers. Although the SAA still had a chance of a successful rescue in November 2019, Covid-19 has changed everything, and the entire aviation industry actually needs help now,” Mulder explained.

“Imagine you are Comair or FlySafair and the government announces that your tax money will be used to give R30 billion to your competitor, although it has been insolvent and trading recklessly for a decade, and it also owes you money. This is in addition to the fact that you are prohibited from generating an income yourself due to government regulations,” Mulder said.

“It is inconceivable that billions of rands of rapidly shrinking tax revenue should be spent on the SAA, and it is the epitome of a vanity project by the department of public enterprises, which they will cling to until the last few cents of tax money are gone,” Mulder concluded.