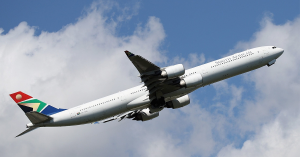 Solidarity welcomes the sale of a controlling share in South African Airways to private shareholders.

“From the outset, Solidarity has stated unequivocally that private ownership is the only conceivable way forward for South African Airways. In fact, in business plans contained in Solidarity’s business rescue court documents, it was clear that by the end of any business rescue process there should be a strategic equity partner,” Connie Mulder, Head of the Solidarity Research Institute, said.

“The most important thing is that this is no longer a burden on the taxpayer,” continued Mulder. “After a decade of bailouts and, on top of that, a pandemic, government and SAA were dragged to the altar by Solidarity’s business rescue process.”

According to Mulder, this consortium has ties with the Public Investment Corporation and therefore, Solidarity will closely monitor how the process unfolds. “Strong action will be taken against any irregularities that are noticed – now is the time for market intervention rather than the minister’s intervention,” Mulder explained.

“It is extremely unfortunate that thousands of workers lost their jobs and billions of rands were wasted with several failed plans, because the state tried to retain control of the airline. Private ownership was proposed as the only option in 2008 and now, 13 years later, it is finally being implemented. Therefore, it is critical that there should be no political interference in the new SAA again. It is time to get businessmen to do business rather than bureaucrats,” Mulder concluded.