WerkNet
Your Family
Your Career
Your Health
Your Money
You and the Law
Occupational Guilds
Solidarity Youth
S-Leer
Home › News Office › Sanitisers: Make sure you know what’s in it 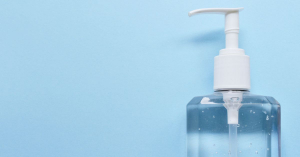 We are all used to washing our hands regularly with soap and water by now. In fact, it should not be a new or strange thing to do as you should wash your hands on a regular basis. The feeling of washed hands is always refreshing. Unfortunately, water and soap are not always at hand and we then have to make do with hand sanitisers.

Like your ID document you have to have hand sanitisers and masks with you whenever you go out these days. You can’t leave home without it. It is, however, a necessary evil that is meant to protect you and the those around you. For this reason, you will have to make peace with it and get used to it because this new practice will not disappear anytime soon.

Even before lockdown and the pandemic became a reality in our lives, I have been using hand sanitisers. When one sees how many people use public facilities and just leave without washing their hands then I tend to rather err on the side of caution.

The problem with hand sanitisers, though, is that most consumers do not know which ingredients are essential and which could even be harmful. Some sanitiser manufacturers also take chances by adding ingredients that have no effect on bacteria and are really useless.

That explains why it is essential that as a consumer you familiarise yourself with every ingredient in the sanitiser you are using daily.

According to Dr Jacques Snyman, the CEO of a medical administration company, it does not mean that just because a product calls itself a sanitiser it is necessarily effective against viruses, bacteria, or fungi and spores.

According to Snyman, it is important for consumers to read the labels and to familiarise themselves with the scientific names of the ingredients.

Snyman said that to be effective products should consist of at least 60% alcohol and anything with an alcohol content of less than 50% is a waste of money. He also mentioned that consumers should look out for the stamp of the South African Bureau of Standards (SABS) or a similar organisation because it means that the manufacturers’ claims about the product have been substantiated.

Snyman gave an explanation of the following ingredients:

Alcohol: Alcohol in disinfectants usually includes propylene, (ethanol) and isopropanol. One of the main side effects is that alcohol dries out your skin.

Alkalis:  Calcium hydroxide, sodium carbonate and calcium oxide are a few examples. According to Snyman, these ingredients are not as fast acting and can also burn the skin. They are, however, effective against viruses, bacteria, fungi and spores.

Aldehydes: Glutaraldehyde is the most common example, and according to Snyman a 2% glutaraldehyde solution is very effective against viruses, bacteria, spores and fungi, as well as against the organisms that cause tuberculosis. He also mentioned that it is more effective and less toxic than formaldehyde.

Ammonium compounds: According to Snyman, benzalkonium chloride is effective against bacteria, spores, fungi and certain viruses. However, he pointed out that when used in high concentrations it can irritate your eyes, skin and lungs.

Phenols: Snyman says that phenols differ from alcohol inasmuch as it leaves a deposit on the skin while alcohol evaporates. Phenols can irritate your skin and eyes and is harmful to cats. He mentioned that it kills bacteria, fungi and viruses, but not spores.

Oxidising agents: Those are substances that contain chlorine, such as the bleach agent sodium hypochlorite, calcium hypochlorite and chlorine dioxide. They are fast-working but can burn your skin and are harmful when inhaled. Snyman said these agents should in particular not be mixed with ammonia because it will release a harmful gas. These agents are effective against bacteria, viruses, spores and fungi as well as organisms causing tuberculosis.

According to the US Centre for Disease Control and Prevention washing your hands for at least 20 seconds with soap and water is still the best option.