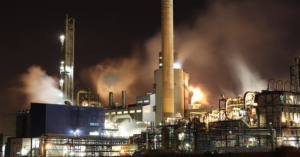 In August the petrochemical giant, Sasol, revealed that it had paid Sasol’s joint CEOs nearly R96 million in benefits and mutual separation packages, this according to the Financial Mail.

Both Stephen Cornell and Bongani Nqwababa were appointed in 2015 as joint CEOs. They replaced David Constable and soon managed to make a mockery of the once promising Lake Charles Chemical Project in the US by driving up costs and project overruns that resulted in an escalation of $13 billion (R215,6 bn) from the original $8,9 bn estimate.

The decision from the board to offer both CEOs separation packages came after both CEOs were requested to leave the company in October 2019 after an internal probe found that the project had been mismanaged and that the shortcomings had a negative impact on the reputation of the company. Sasol also found that the mismanagement of the Lake Charles project led to a serious decline in the confidence of the leadership of the company and that this caused that Sasol’s financial outlook had taken a tremendous knock.

According to Deon Reyneke, Solidarity’s Deputy Chief Executive for Labour Relations and Occupational Guilds, Sasol is currently drowning in debt of nearly R190bn. He says that the company is selling non-core assets and trying to raise funds to keep it afloat. To make matters worse, Sasol’s share price has fallen nearly 54% in the year to date.

According to the Industrial Development Corporation the separation packages amount to an additional R36 million above Cornell and Nqwababa’s remuneration packages, and this does not align to Sasol’s operating and financial performance during their tenure.

“To give the CEOs a golden handshake when in fact they are responsible for the current circumstances and in an economic climate where most companies are struggling to make ends meet is absurd and one cannot help but wonder why they didn’t refuse such an extensive amount on the basis of morality,” Reyneke said.

In October 2014, Sasol made way to conquer Louisiana. What was supposed to be a perfect future where shareholders and employees would all not merely make ends meet but have the chance to thrive has turned into a scenario of what could have been.

Sasol’s share price has plunged with 73% since 2014 and R267 billion has been lost from its former market value.

According to Sasol’s annual report for the year until the end of June, Cornell’s remuneration included R68,65 million (85% more than the year before) and included a R20,8 million salary. On top of that he was given a golden handshake worth R21,65 million despite the poor performance of the company.

Other remuneration amounts include:

Nqwababa might not have received as much as his colleague but still managed to walk away with R27,2 million and an additional R14,3 million as separation payment. The Sowetan reports that the pay gap was due to Cornell being paid as an expatriate.

Both CEO’s were also paid until mid-2020 even though they had left the company in October 2019.

“Solidarity has an issue with the fact that both CEOs accepted such a large amount of money when Sasol is indeed facing an extreme crisis in its performance as an international organisation. Both CEOs not once stopped to think about other employees who face uncertainty in the workplace. Their decisions with regards to the Lake Charles Project had a tremendous effect on employees who still need to make ends meet while both of them have been taken care of,” said Anton van der Bijl, Head of Labour Law Services at Solidarity.

Sasol’s board rationalised their decision with regards to the packages by saying that there was no personal wrongdoing on their part and that the packages were in line with market practice.