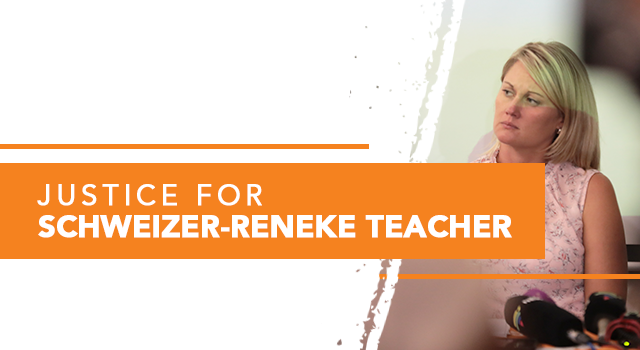 The career of Elana Barkhuizen, the gentle Grade R teacher of Schweizer-Reneke, who was vilified as a racist by a bundu court and who was suspended unlawfully by North West’s MEC for Education Sello Lehari, is in tatters.

Lehari’s rash and ill-considered action had a devastating ripple effect on Elana’s future in teaching. That is why, from a labour law point of view, Solidarity is ready to represent Barkhuizen and to see to it that the true version of events is revealed so her good name can be restored.

The trade union demands: Solidarity is also considering civil action, which may include a libel claim, following the investigations.

Please support Solidarity in the court case so justice will prevail for Elana.