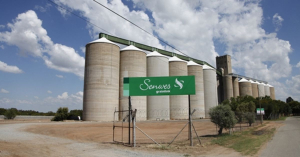 Solidarity strongly condemned the actions of Senwes during negotiations between trade unions and several employers who form part of the Bargaining Council for the Grain Industry.

Riaan Visser, Deputy General Secretary of Mining, Agriculture and Cement at Solidarity explained: “We are extremely disappointed in Senwes’ behaviour. We have already been able to reach an agreement with all other employers in the bargaining council, but Senwes refuses to negotiate in good faith. We are not to be found for striking as a general rule, but negotiations have reached a deadlock and the bargaining council is in the process of issuing a certificate, and we will adjust our advice to members accordingly if Senwes continues with their stubborn and contumacious behaviour.”

Solidarity accuses Senwes of continuously, unilaterally changing their offers and depriving their employees, who had to work throughout the lockdown to put food on South Africans’ tables, of fair treatment by their employer.

“Increases that were offered initially, were later reduced and then completely taken off the table. It is unthinkable that an employer will punish loyal employees after they performed excellently in the midst of a crisis. It’s a slap in the face of our members and we will not tolerate it. We do not demand anything special. We do expect employers such as Senwes, to negotiate with a thread of reasonability and decency,” Visser concluded.

“Solidarity insists that Senwes return to the negotiation table in an attempt to mediate the deadlock.”