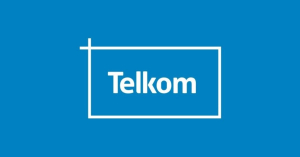 This week, Solidarity won an arbitration award against Telkom for the second time with regard to the interpretation of the salary increases for Telkom employees in April 2017.

Solidarity entered into an agreement with Telkom in 2016 in which the parties agreed to a 6% salary increase. However, in April 2017 Telkom did not comply with the terms of the agreement, but unilaterally decided to calculate the 6% increase on the 50th percentile of each individual’s functional area, and on the total package of each individual employee as per the agreement.

This case has been dragging on since 2017 because Telkom took the first arbitration award in favour of Solidarity on review. The case was taken to the Labour Court for review, then it was referred back for arbitration, and after several difficult days of arbitration from February 2020 to May 2021, Solidarity once again won the case.

According to Linda Senekal, sector coordinator in the Professional Industry, this is a major victory in the sense that a large institution such as Telkom has been warned not to make light of agreements. Solidarity signed the agreement with the mandates received from its members, and Solidarity would never have accepted an agreement that was not in the best interests of the employees.

“This is a major indication to us that employees need the protection of trade unions in order to be protected against this type of behaviour by employers. The average employee, and even the in-house trade unions, simply will not have the legal background and capacity to deal with these large-scale cases,” Senekal added.

Solidarity’s greatest victory in this regard is the warning to Telkom to do the right thing in future and to abide by agreements, and not simply to unilaterally amend its agreements and policies at the expense of employees.

This is a major victory and it means that salary increases will paid out retrospectively to Telkom members. It is a privilege for Solidarity to tackle challenges such as these on behalf of Solidarity members.