Solidarity adds its support to the Etzebeth matter 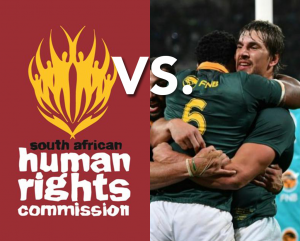 Solidarity today announced that it was intensifying its campaign against racism and double standards by applying in the Equality Court to be joined as a “friend of the court” in the Eben Etzebeth matter when the matter is heard. Furthermore, the Solidarity Research Institute (SRI) is going to launch an investigation into the independence and impartiality of investigations conducted by the South African Human Rights Commission (HRC).

The HRC is still exhibiting the same shortcomings in the Eben Etzebeth matter as were highlighted by the SRI in February 2017 (report attached). Unbalanced and one-sided investigations are only some of the conclusions in the report titled “Rassisme, Haatspraak en Dubbele Standaarde. / Racism, Hate Speech and Double Standards”.

The HRC is showing a pattern of investigations that are one-sided and ill-considered, creating injustices as is also happening now in the Etzebeth matter. The HRC was quick to attack Etzebeth, stating that Etzebeth “has become used to getting away with murder”, and also that he should be charged with murder. These statements were made even before any process has been instituted against Etzebeth in the Equality Court.

“The HRC is maintaining its already tarnished reputation by portraying Etzebeth as being guilty even before any investigation has been completed or any finding has been made. In fact, it is the HRC who is guilty of partiality and is contributing to racial tension rather than countering it,” said Solidarity Deputy Chief Executive Werner Human.

Solidarity has read the application in the Equality Court, where the four complainants are claiming between R300 000 and R350 000, respectively, from Etzebeth. “Racial rhetoric and double standards have become part of the HRC’s modus operandi. We cannot allow a Chapter 9 institution – that is supposed to be committed to the values of a fair and just process – to continue unchallenged in this way,” Human said.

Solidarity supports the application for review brought by Etzebeth in which he seeks set aside the decision by the HRC to institute proceedings against him in the Equality Court.