WerkNet
Your Family
Your Career
Your Health
Your Money
You and the Law
Occupational Guilds
Solidarity Youth
S-Leer
Home › Press Releases › Solidarity, AfriForum to Con. Court against race help 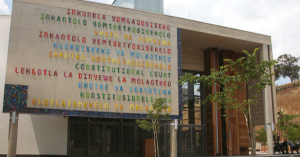 Solidarity and AfriForum’s legal teams today issued court documents wherein they approach the Constitutional Court directly on an urgent basis to appeal against the High Court’s judgment that gave the Department of Tourism the green light to use race as criterion when determining which struggling tourism businesses must be helped during the Covid-19 crisis.

Dr Dirk Hermann, Chief Executive of Solidarity pointed out that awarding help based on race is bizarre. “It is scary that there could be Constitutional grounds in a crisis like this which allows the allocation of emergency funds to take place based on race,” Herman added.

According to Kallie Kriel, Chief Executive of AfriForum, they decided to approach the Constitutional Court directly, as the small tourism businesses owned by members of minority groups, just like all other small tourism businesses, are in urgent need of assistance. “If the case drags on, countless small white-owned businesses will go under and government will be complicit. Figuratively, it is economic murder of minorities,” said Kriel.

According to Hermann, it is extremely important to obtain legal certainty on the matter. “As this is an urgent crisis, we believe that the matter is urgent as well and therefore we asked for access to the Constitutional Court for this matter,” Hermann argued.

Kriel also pointed out that it is important for members of minority groups to obtain clarity from the Constitutional Court on whether it is really the case that the current constitutional dispensation in such a way undermines minorities rights, that even during times of crisis, whites may be discriminated against.

Solidarity’s initial complaint was submitted to the Human Rights Commission (HRC) on 25 March, when it emerged that the Department of Tourism was insisting on using Black Economic Empowerment (BEE) requirements with the allocation of help funds. On 30 March an urgent application was served to the Department and the matter was heard on 28 April in the North Gauteng High Court along with a similar case from AfriForum.

Both AfriForum and Solidarity indicated that they are ready to approach the United Nations’ (UN) Committee on the Elimination of Racial Discrimination but that they will first try and settle the case locally by appealing to the Constitutional Court. “Should our efforts not be fruitful locally, Solidarity and AfriForum will have no other choice but to pursue the matter internationally,” said Hermann.