WerkNet
Your Family
Your Career
Your Health
Your Money
You and the Law
Occupational Guilds
Solidarity Youth
S-Leer
Home › Press Releases › Solidarity cautions GEPF, PIC about pension funds and Eskom 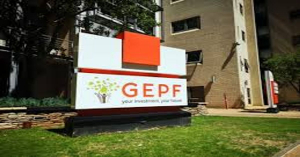 On Friday, 11 December Solidarity issued a letter of caution to the boards of the Government Employees’ Pension Fund (GEPF) and the Public Investment Corporation (PIC) to prevent any pension money from being used as bailout for Eskom.

“As an interested party of the GEPF we will not hesitate to hold the individual members of the said boards personally liable if funding in the form of conversion of GEPF money/investments into Eskom shares is approved,” Dr Dirk Hermann, Solidarity’s chief executive, explained. “Every board member has various fiduciary duties that must be complied with, and therefore they can be held liable should the fund suffer damage as a result of their negligence”.

Solidarity is of the opinion that the proposal to convert into shares the debt the GEPF holds in Eskom has little benefit for any pension fund member and that it could jeopardise the long-term sustainability of the fund.

“It is outrageous that the PIC would treat its members’ pensions so irresponsibly. Solidarity will not hesitate to institute further legal action against the GEPF and the PIC,” Anton van der Bijl, head of Solidarity’s Legal Services said. “This is just another way of using ordinary people’s retirement money without their permission to fund a struggling state-owned enterprise. We will do everything in our power to stop this unscrupulous exploitation. The mandate of the GEPF and the PIC is to act in the best interests of the members of the pension fund, and it is not in the best interests of GEPF members to exchange Eskom debt for shares that will not yield any return”.

According to Solidarity, the National Economic Development and Labour Council (Nedlac) is acting in a highly irresponsible manner by making decisions about the pension money of government employees.

“Nedlac’s so-called social compact in which trade unions, businesspeople and politicians presume that they have the right to decide how other people’s pensions should be invested is plain absurd. They should rather refrain from making any prescriptions in this regard, and the PIC should fulfil its duties in terms of the Companies Act and should stifle this improper exercising of influence,” Hermann concluded.