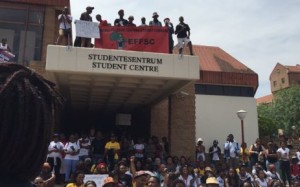 Registration processes at several universities, including the University of Pretoria (UP) and Unisa, have been disrupted by, among other things, protesting student leaders and activities at some campuses have been suspended. The protests are associated with university management’s outsourcing of certain services.

According to Jahni Cowley, sector coordinator of the Professional Industry at Solidarity, universities are wise to limit student and staff access to campuses for security purposes. “Nonetheless, students and staff members are still experiencing major disruptions due to the protest action. For instance, staff members are deprived of essential resources and they have to work from home at their own expense.

“In addition, students are prevented from registering for their studies and academic activities are postponed. Once the rioting is finally a thing of the past, students and staff members will be under enormous pressure to catch up,” Cowley said.

To make matters worse, the government’s decision not to increase university fees this year has resulted in further uncertainty among staff and academics. “Government’s decision not to increase university fees will undoubtedly force universities to cut back on research outputs. This will not only limit the career path of academics; our prediction is that it will have several detrimental consequences for universities themselves over the long run. We are furthermore concerned about the possible impact of the 0% increase on this year’s salary increases for staff,” Cowley said.

Cowley said Solidarity is regularly involved in discussions with the management of universities where the trade union represents its members regarding the above issues. “We are monitoring the situation at universities closely. We are currently also conducting research to determine the impact of these issues on staff members,” Cowley said.