WerkNet
Your Family
Your Career
Your Health
Your Money
You and the Law
Occupational Guilds
Solidarity Youth
S-Leer
Home › Press Releases › Solidarity: decentralisation of power generation and NHI 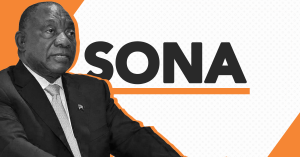 Solidarity welcomes the drastic steps to decentralise power generation as announced by Pres. Ramaphosa in the State of the Nation Address on 13 February 2020.

“The next step is to make the transmission networks available to private generators,” said Dr  Dirk Hermann, Solidarity chief executive.

However, there was no plan to address Eskom’s huge debt problem. It appears that besides pension money government has no plan to deal with the huge Eskom debt crisis.

“We foresee a huge clash between pension fund members and government and Solidarity will be at the forefront of this fight,” Hermann contended.

Moreover, it appears that, government has already decided to implement the NHI before the public processes have been finalised.

“In view of this, Solidarity will instruct its legal team to start to prepare for a court battle to stop the NHI,” Hermann concluded.