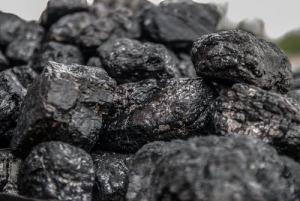 From now on, the various trade unions representing members in the coal industry will have to conduct wage negotiations at company level. This comes after employers in the industry withdrew from centralised bargaining. The decision enjoys the support of the Minerals Council as an employer organisation which has also communicated the news to the relevant unions.

Solidarity, which is against the decision, is supported in its view by the NUM, Uasa and Numsa. The centralised bargaining system that has been part of the South African mining industry for decades, is highly rated by many employees because it promotes unity and it is a platform to collectively offer strong resistance to exploitation.

The Minerals Council argues that ownership in the mining industry has changed significantly over the past 25 years, and therefore, it does not make sense to continue with collective bargaining. The council also points out that in the 1980s there were only six mining companies that owned the entire coal industry, whereas today, there are 21 different employers.

“We are disappointed with the decision because Solidarity believes that a centralised process offers a better platform for bargaining. We made it clear at our previous meeting that we are not in favour of the decision, but last week we received a final notice,” Riaan Visser, Solidarity’s deputy general secretary for mining, agriculture and cement, explained.

According to Visser, all unions have been flexible in the collective bargaining process up to now, even showing an understanding for companies that are struggling financially. Sometimes unions were even prepared to accept a lower offer.

Visser is concerned that decentralised bargaining will result in intensive and unnecessary administration for trade unions, and that it will place major demands on trade unions’ resources having to participate in all the talks where they have to represent members. He also mentions that the battle between companies in the industry as far as the standardisation of conditions of service is concerned will again become a reality, posing a certain threat to the industry. The centralised platform offered a platform where employers could hold each other accountable and also served as a platform where trade unions could hold employers accountable.

What makes the decentralisation particularly worrying is the fact that wages and conditions of service must be re-negotiated in 2020. The decision causes tension between companies and their employees, which could lead to possible strikes. Solidarity calls on the companies and the Minerals Council to reconsider their decision so unity between members of the various trade unions and between companies can be restored.