Solidarity gives SONA a zero out of four 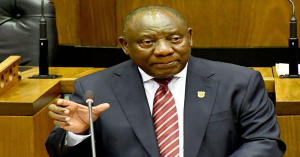 Solidarity today sharply criticised Pres Cyril Ramaphosa’s State of the Nation address. According to Solidarity, the president and his government are not in touch with the country. Great speeches may well be made, but the real consequences for the country and its citizens at grassroots level are not being taken into account.

“As for the priorities the president is now setting, it has to be said that the government has already had years to do something about it. Yet, in all those years it had at its disposal the government has done nothing about it,” Connie Mulder, head of the Solidarity Research Institute said. “The latest of those priorities was the procurement and roll-out of Covd-19 vaccine, which has also just gone up in flames. In addition, we are already experiencing the 13th year of load shedding. Nothing happens except promises and sweet talk.”

According to Solidarity, the government’s plan for economic recovery is disastrous and it would not lead to stimulation and growth; rather to further contraction which would result in even more job losses. With factors such as load shedding, corruption and BEE, there can hardly be any growth in the private sector and it is given no opportunity to promote job creation. What really needs to happen is that the economy should be deregulated. It should become cheaper to manufacture locally.

“In the history of South Africa’s democracy, no president has ever displayed such excessive complacency. It is amazing. Tonight, the emperor stood naked before the country and boasted tremendously about his locally produced suit even though every manufacturer is panic-stricken and questioning how anyone could still produce a suit while waiting for the next session of load shedding to strike,” Mulder concluded.