Solidarity in court to save Comair and employees 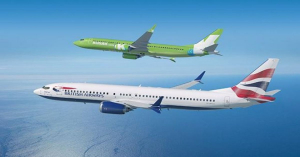 Solidarity will be in the Labour Court tomorrow in a case that Numsa has filed against it and Comair. Numsa insists that a collective agreement that exists between the airline and, among others, Solidarity and its members be abolished. Abolition of the agreement would mean that Comair would lose its business rescue funding.

Comair is currently in business rescue and is receiving R500 million in funding from investors that has been made available subject to various conditions, stipulating among other things that the airline had to shorten its retrenchment consultation processes by a month. Solidarity, acting in terms of a mandate of its members and as a collective majority, and Comair have reached an agreement in this regard.

“The purpose of the agreement is to ensure the continued existence of Comair so that as many jobs as possible can be retained. Solidarity has consulted with its members and other employees on an ongoing basis and acted only in accordance with the mandate received from these members,” Derek Mans, organiser for aviation and defence at Solidarity said. “It will not be possible to protect our members’ work if the workplace no longer exists. It is therefore in the best interests of both the employee and the employer that an agreement is reached that will ensure the entity’s survival.

“The arguments Numsa puts forward in its papers are not all factual. Therefore, Solidarity has filed an affirmative statement that refutes these ‘facts’ put forward by Numsa. Our priority is to act in the best interests of our members at all times and to achieve the best possible outcome for them. That is why we could not remain silent in this matter,” Anton van der Bijl, head of Labour Law Services at Solidarity concluded.