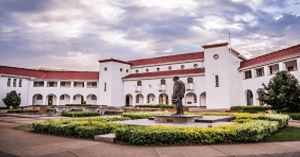 Solidarity will file an urgent application against North-West University (NWU) in the Labour Court in Braamfontein, Johannesburg, on 10 September regarding this institution’s unfair conduct towards employees. Solidarity is arguing the case on behalf of its members after the NWU made unlawful changes to their salary agreements.

On 24 July, the university informed its employees by letter that they would be placed on a new “group life insurance scheme” from 1 August, and that this scheme would replace the current scheme set out in their original employment agreement. The new scheme is offered at a higher premium and provides fewer benefits than the previous scheme.

“This decision by the NWU, which has a direct impact on the personal finances of every employee, was taken unilaterally and no proper consultation process was followed involving employees or their representatives,” said Anton van der Bijl, head of labour law services at Solidarity. “The outcome of this is that employees suddenly are beneficiaries of a new life insurance scheme, but they now have to pay more for less cover. This action by the NWU is nothing less than a violation of the rights of NWU employees.”

The higher premium of the new life insurance scheme is deducted directly from an employee’s salary. In the court documents, Solidarity argues that such changes, introduced without an agreement between the employee and the employer, are unlawful. Therefore, changes cannot be made in this way. Consequently, Solidarity asks that the university be prevented by a court order from proceeding with the process.

“The university has acted unlawfully. Solidarity cannot allow its members to be subjected to this unfair behaviour by an employer. Solidarity approached the court to request an urgent hearing for the case in order to stop the unfair labour practice of the university. We will argue the case in court and protect the interests of our members in every way possible,” said Johan Botha, deputy general secretary of the professional sector.