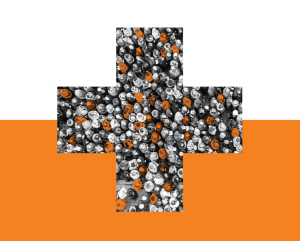 Solidarity today announced that it is launching the largest campaign in its history to stop the controversial National Health Insurance (NHI).

According to Morné Malan, senior researcher at the Solidarity Research Institute (SRI), this threat requires the cooperation of all South Africans. “The NHI is not a bad plan because it will benefit some at the expense of others. On the contrary, South Africa as a whole will be worse off should the NHI go ahead in its present format. Health practitioners will also be deprived of almost any right of freedom to practice their profession according to their preference and at their own discretion,” Malan said.

As part of its sustained opposition to the NHI, Solidarity also announced that it is ready to submit comments on the bill but has already also instructed its advocate to draft court papers and to obtain the opinion of leading experts in the field. “Our submission will already be in the form of court papers. We want to make it clear – if government decides to push through this legislation without heeding public comment, then this court case is awaiting it. We are sure of the fact that the proposal is not only unfeasible but also unconstitutional,” Malan posited.

Solidarity cautions government to investigate alternatives for the sake of all South Africans’ health and the future of the health industry. “We’re not the ones who are obstinate or headstrong. We recognise the crisis in the current system. We are coming with proposals to resolve it. It is government that refuses to deviate from a centralised, state-run health system. We want to see South Africans being healthy. We support universal care, but we will not even trust government to run a tuck shop, let alone the entire country’s health care,” Malan concluded.

The state is hijacking your health. Let us have your comments before 11 October 2019 and give us your mandate. In this way you are supporting Solidarity’s legal case because your health is not negotiable. Follow the link: http://solidariteit.co.za/en/nhi/