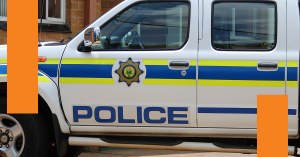 Solidarity laid a criminal charge against the Minister of Small Business Development, Khumbudzo Ntshavheni, at the Lyttelton police station today.

The charge includes perjury. This came after the Minister, under oath and in court documents, gave Solidarity the undertaking that race does not play a role as criterion for assistance to small businesses.

“We cannot just leave it at that when a minister lies in court documents. It would make a mockery of the legal process. Solidarity withdrew a court case against the minister and her department based on what she undertook under oath,” Solidarity Chief Executive, Dr Dirk Hermann, said.

“On the day the lawsuit against the Department of Tourism ended, the minister changed her story again,” Hermann said.

In a portfolio committee meeting held on April 28, Minister Ntshavheni acknowledged that BEE is indeed a requirement for small businesses to qualify for relief funds, which contradicts the court documents handed to Solidarity. On April 29, in a letter to the Minister, Solidarity insisted that relief funds should not be allocated on the basis of race. Solidarity is of the opinion that it has no choice but to proceed with a criminal charge.

“Granting relief aid in the basis of race is still bizarre. We are not going to leave it at that. We have laid a criminal charge against the minister. We will also lodge an urgent appeal to the Constitutional Court and file a complaint with the United Nations Committee on the Elimination of Racial Discrimination. Businesses are suffering, people are in need, but all the government sees is the colour of your skin. We will not cease fighting this,” Hermann concluded.