WerkNet
Your Family
Your Career
Your Health
Your Money
You and the Law
Occupational Guilds
Solidarity Youth
S-Leer
Home › News Office › Solidarity member: From shortlist to list of rankings 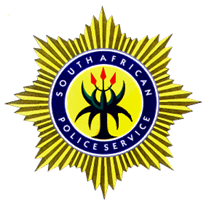 28 years – that’s the tally of Captain Sureta Gelderblom’s experience in the South African Police Service (SAPS) which is just over a quarter of a century’s experience in serious commercial crime investigations in the Western Cape, about 13 of which involved the banks, and specifically fraud-related cases. Thus 28 years of service in the SAPS on 1 October 2019, and 26 years of this time in commercial crime investigations.

This number of years does not come by itself and there aren’t many who can fill Captain Sureta’s shoes.

In 2018 the SAPS advertised the position of Lieutenant-Colonel at the Serious Commercial Crime Investigation Unit in the Western Cape twice. Both times Sureta Gelderblom was shortlisted with the expectation that she would be invited to further interviews. However, it was not to be, and the post was withdrawn for unknown reasons.

The challenging road Captain Sureta took on 1 August 1993 when she embarked on her career with mettle was not going to get the better of her. South Africa’s women in the blue uniform do not give up easily!

In July this year, several positions in the SAPS were advertised again and Sureta applied for three different positions. One of the positions, that of Lieutenant-Colonel at the Serious Commercial Crime Investigation Unit in the Western Cape, is the same one she had been shortlisted for and which had been withdrawn twice. However, this time she was not shortlisted for the position for which she had been shortlisted twice before, but for another one for which she is less experienced.

However, Solidarity’s public sector representatives are people who show their mettle. Those representatives have years of experience in the SAPS, they know their business in the SAPS and they understand how regulations in the SAPS work, also knowing how the rules are applied as opposed to how they should be applied. They do not waver in their pursuit of justice and give the best advice to Solidarity members.

You don’t need to spend much time with them to realise this. I recently visited Solidarity’s office in Bellville and was fortunate to spend time with Ronel Stander, public sector organiser, and I can honestly say that she is keen to advise any SAPS member who approaches her for assistance. The amount of time she spends on the road and on her phone to make sure members’ interests are taken care of is amazing. Her knowledge is exceptional, and she has a flaming passion for her job and for SAPS members (whom she sees as her own people).

Taking Captain Sureta’s case in her capable hands, Ronel immediately made work of it. Further investigation by Ronel showed that the composition of the promotions panel for the advertised positions in the Western Cape did not comply with National Instruction 3 of 2015. According to this national instruction, the panel for promotions for the ranks of captains to lieutenant-colonels must be chaired by a brigadier, while the remaining panel members must be at least at the level of a colonel or an equivalent level, which was not the case in this instance.

The first step in such a case is to request the SAPS in writing to ensure that any irregularities are rectified immediately. Should that not happen an internal grievance follows, which may result in arbitration.

Sometimes it is the small things that make big things happen

Following Solidarity’s letter to the SAPS, the Divisional Commissioner halted the process, after which Captain Sureta Gelderblom was shortlisted for the position she had initially applied for. She was subsequently invited to an interview. Solidarity can also mention that she got the job and she is now the new Lieutenant-Colonel in charge of the Management Centre for Priority Crimes in the Western Cape.

“This is a success story for Solidarity, and it proves that when problems are addressed timeously it is easier for us to help members and in so doing, we can avoid going to arbitration,” Ronel Stander said.