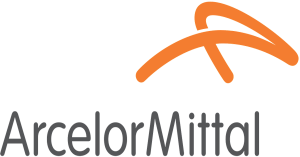 In a year where retrenchments and reduced salaries almost became the norm, Solidarity succeeded in securing jobs and salaries on behalf of its members. This victory was the result of Solidarity and its members who together took a stand and refused to give in to the bullying tactics of ArcelorMittal South Africa (AMSA).

After a massacre of retrenchments at the end of 2019 and despite the Covid-19 lockdown, there was such a reversal in AMSA’s position that it recently announced that increases for workers in one category would be granted. As a result, they will receive a salary increase of 5% from 1 November and a further 2% in April 2021. This happened after the steel manufacturer claimed that it was still suffering from an economic and financial crisis.

According to AMSA, something had to be done to save 1 000 jobs and the company continued to negotiate in favour of changed employment contracts that would include reduced salaries. The permanent reduction in salaries of employees in one category was later waived and they were granted salary increases. However, the rest of the employees still suffered from at least 25% short time and temporary reduction in salary with a possible 8% permanent reduction in salary as a further prospect. AMSA therefore wanted to apply double standards by reducing the salaries of certain employees while granting increases to some others.

Although increases are welcomed, an increase for workers in one category cannot be allowed at the expense of another. The demand for steel increased to such an extent after the initial lockdown that AMSA in fact had a reversal in its financial position and was now in a position to abolish the temporary arrangement of short time and gradually re-pay full salaries.

Of great concern was AMSA’s bullying tactics threatening employees who had already suffered 25% to 45% short time that these measures would remain in place until they agreed to the 8% permanent reduction in salary. This bullying tactic cannot under any circumstances be tolerated and Solidarity’s members have revolted against this behaviour by indicating that they would even be prepared to strike to oppose the further application of short time or the unilateral change of conditions of service. The employer’s action is not only unfair and unjust, but also immoral and unethical. Solidarity was forced to act and resort to legal action and possible strike if AMSA did not want to comply with its members’ requests that conditions of service remain unaffected.

In a last-ditch effort to prevent the dispute resolution, Solidarity wrote a letter to Mr. Lakshmi Mittal, President and CEO of ArcelorMittal International, and urged him to intervene to prevent any further economic damage to AMSA. In response to the letter, all proposals for changed conditions of service that would include salary reduction were removed from the table.

It is with gratitude and pride that Solidarity congratulates its members on this great victory. Not only are they assured of their jobs in the foreseeable future, but they are also assured that their salaries will be restored to 100% from January 2021. This proves once again that justice will prevail over unfairness and injustice and that we will never passively accept bullying behaviour.