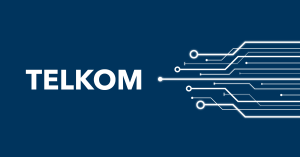 Solidarity today addressed a letter to Telkom asking for a moratorium on forced retrenchments. This comes after the company notified unions that up to 3 000 workers could be retrenched.

“A company cannot pay its executive team more than R100 million and then get rid of 3 000 of its workforce. That is reckless and, given the labour market retrenched workers have to face, it is merciless. In the previous financial year Telkom’s CEO, Sipho Maseko, alone took home a full R23 million,” Dr Dirk Hermann, Solidarity CEO said.

Solidarity is requesting that an aggressive retraining programme be implemented during the moratorium so workers can be equipped with new skills to help Telkom grow in the fast-changing information environment. Telkom workers must move forward with the company from fixed line services to mobile services.

Hermann contends that the fact that Telkom now wants to retrench up to 3 000 people serves as confirmation that the company has failed dismally to retrain its people so that Telkom can grow even faster in its growth areas such as mobile services.

“When a company fails to train its workforce for new challenges, it should not retrench the workers; it should get rid of the top management,” said Hermann.

Telkom’s workforce already shrunk by 2 176 or 12,5% in the previous financial year. This was not due to forced retrenchments but mainly because of voluntary severance packages. Hermann said large-scale staff reductions at a company can easily lead to poor service delivery. “A further 3 000 jobs being cut are too many. If staff numbers need to be reduced further, it can be done by means of voluntary processes and natural staff turnover,” Hermann added.

The information technology environment is highly competitive and skilled workers are scarce. The uncertainty Telkom is creating will merely result in the best workers leaving first. This can lead to the company going into a downward spiral.
“The message sent out by Telkom should rather be that loyal employees are appreciated. A moratorium on forced retrenchments will provide the security that Telkom employees now need,” Hermann concluded.