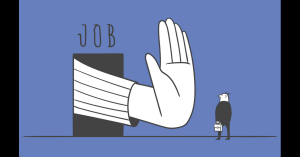 Solidarity today sent a list of more than 120 competent and willing engineers to Lindiwe Sisulu, Minister of Human Settlements, Water and Sanitation. This follows after the Minister welcomed the arrival of 24 Cuban engineers earlier this week, to address the water crisis within South Africa.

According to Solidarity, these local engineers offer more expertise at a lower cost than the import of Cuban engineers suggest.

“We have reached out to the Minister with a list of some of the country’s most experienced and knowledgeable specialists in engineering, some of whom retain masters and doctoral degrees and others who have up to 42 years of experience. They are ready and willing to immediately start with work,” said Dr Dirk Hermann, Chief Executive Officer of Solidarity. “Furthermore, our list contains specialists in several fields of engineering and project management, but should the Minister require other expertise we can find those skills with the help of our Engineering Guild. There is simply no excuse not to use our own intellectual and practical resources.”

Solidarity also argues that it is unjustified to import foreign workers in the midst of an unemployment crisis, in which South Africa’s official unemployment rate is currently at almost 33%, when even better options are available locally.

“It is a shame that the government itself does not take the President’s call earlier this year to support local employees and businesses seriously. If the Minister was truly unable to find local workers who wanted to do the work, then she did not search very hard. Thus, we will bring the engineers to her,” stated Hermann.

According to Solidarity, the government has a very bad history regarding the squandering and misappropriation of tax money, and it makes matters worse when the government deliberately spends taxes on foreign employees, with dubious expertise.

“Taxpayers are already fed up with almost daily seeing and hearing how their taxes are being wasted. In addition, we cannot allow the looting of these funds to take on an international colour,” explained Hermann. “The Minister’s decision is unacceptable and cannot ignored. Our message is clear: Here are the leading experts in the country. They are raising their hands. They want to work. The onus now lies with government. Explain to us, them and the taxpayer why local is no longer good enough,” Hermann concluded.