WerkNet
Your Family
Your Career
Your Health
Your Money
You and the Law
Occupational Guilds
Solidarity Youth
S-Leer
Home › Press Releases › Solidarity: State’s recovery plan nothing but a pipe dream

Solidarity: State’s recovery plan nothing but a pipe dream 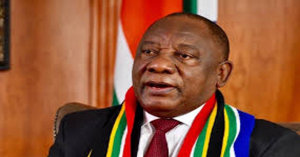 Solidarity today expressed criticism of the so-called “recovery plan” Pres Ramaphosa announced on 15 October. The plan is supposed to stimulate economic growth and create opportunities for job creation but, by contrast, it does not address the real economic crisis South Africa currently finds itself in.

“It is important to realise that the economic crisis into which South Africa was plunged is not the result of the Covid-19 pandemic, but its primary cause can be attributed to ANC policy that has been implemented over the past few years.

“In this recovery plan the President, for example, promises economic growth of 3% over a period of a decade, while for the past two decades South Africa has not been able to reach this growth rate at all,” Connie Mulder, head of the Solidarity Research Institute said. Furthermore, the government seeks to create jobs, but true to its nature, it does not turn to the private sector to take responsibility for this, but instead, intends to appoint a further 800 000 officials; this while the Minister of Finance Tito Mboweni is all the while trying to cut the state’s wage bill. This intended action clearly indicates a government that does not commit itself to political realities such as funding for projects.

Another point of concern, according to Solidarity, is the government’s strong focus on infrastructure. “This happens to be the exact channel through which the ANC committed corruption beyond belief. Projects such as Medupi and Kusile are telling examples of how the ANC tackles such projects, and South Africa can hardly afford any further ANC infrastructure ‘successes’,” Mulder contended.

The scrapping of the current regulatory and restrictive measures on business and labour legislation is crucial to turn the South African economy around and stimulate job creation. However, this is in stark contrast with the ANC’s ideology of state control and centralisation which it is clinging to doggedly.

“What Pres. Ramaphosa should have announced was radical deregulation, the scrapping of rigid labour laws such as BEE, and the privatisation of power generation, distribution and transmission. Instead, he once again extended the state of disaster with all the irrational regulations that accompany it, and the unbundling of Eskom was once again promised only, while, according to the 2019 planning, it should have been functionally implemented by 2020,” Mulder added.

“The ANC government is the driver who made us all drive off the cliff and now it insists on driving the ambulance as well. This recovery plan should not have left more control in the hands of those who were responsible for the economic crisis in the first place. With this plan, Pres. Ramaphosa again confirmed that he is a pipe dream architect rather than a statesman,” Mulder concluded.