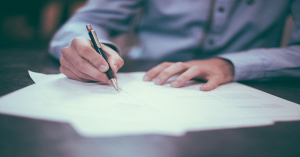 The Guild for Law Professionals today announced that it submitted comments in response to the publication of the draft language policy by the Legal Practice Council (LPC). This follows the LPC’s recent attempts to promote English as the sole language in the legal profession by abolishing the language policy and implementing exclusively English entrance exams for lawyers in 2019, without following proper course regarding the changes.

The Guild for Law Professionals and the VRA (Society of Afrikaans Legal Practitioners) stopped this one-sided process by submitting a court application that forces the LPC to follow the correct procedure and accept comments regarding the matter.

“The draft language policy of the LPC seeks to regulate the use of official languages in the activities of this council in such a way that it undermines the right to freedom of language,” says Henru Krüger, Sector Head of the Guild for Law Professionals.

The Guild mentions in its comments that although the draft language policy mentions the promotion of multilingualism, the policy also explicitly states that the LPC will only accept English as the language of administration.

“The biggest shortfall of the concept language policy of the LPC is the fact that it was not preceded by a thorough language audit, and that it is based on the misconception that English is used predominantly in the courts and in business, while in reality only 9,6% of South Africans speak English as their home language,” added Krüger.

According to the Constitution, legal practitioners have the right to establish their firms in ways that are beneficial to them and it is also essential for practitioners to be able to serve their respective communities in the language of their choice.

“It is extremely worrying that the LPC is expanding its tentacles in such a way that they want to apply central control in the legal profession. This behaviour will not be tolerated, and we will always act in the best interest of our members within the legal profession,” concludes Krüger.

Farm murders: How does the government feel about it?