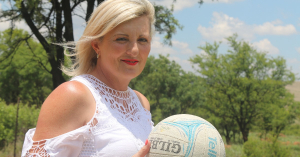 Solidarity today submitted documents on Netball SA to review their disciplinary action against a coach. This follows after Theresa Rossouw, former coach of the Mpumalanga Sunbirds, was plunged into a racial uproar during the quarterfinals of the Telkom Netball League last year because she allegedly had too few white players on the court at a given moment.

“Netball SA continuously acts fundamentally unlawfully, unfairly and unreasonably. Their initial decision to punish the Sunbirds due to outrageous racial rules was ridiculous. It is a pity that they now also want to discipline our member personally. The worst thing, however, is that they did not even follow a fair procedure during the course of the process,” explained Hennie Bierman, Head of the Guilds at Solidarity.

Solidarity demands that the final warning Netball SA issued to Ms Rossouw must be revised and should be set aside.

“Our member has already been through a tremendous amount of stress due to the unfair rules that sours the sport she loves. The immense pressure it has placed on her and her family is devastating. We cannot allow this to threaten her career either,” Bierman concluded.