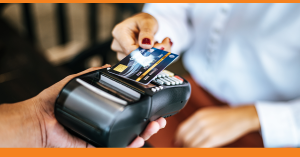 Solidarity today, in a letter to the Minister of Small Business Development, Khumbudzo Ntshavehni, insisted that she should refrain from using race as criterion to qualify for relief funds during the Covid-19 pandemic. This comes after she acknowledged on Tuesday, 28 April that race will indeed be considered in the allocation of emergency relief.

This acknowledgement by the minister contradicts the declaration under oath which Solidarity received from her ministry. Earlier, on 25 March, Solidarity filed a complaint with the Human Rights Commission because it believes the race requirements set to qualify for relief funding are discriminatory. On 30 March an urgent application was served on the Departments of Small Business Development and Tourism. Subsequently, the Department of Tourism confirmed under oath that it would not continue to make relief available on the basis of race.

“It is shocking that a minister is prepared to declare under oath that race would not be a criterion for the allocation of emergency relief, and now, straight after the Department of Tourism court case, she confirms it to be a criterion after all. The minister is committing perjury,” Dr Dirk Herman, Solidarity’s chief executive, said.

Solidarity will continue with urgent civil action against the department to have the discriminatory race criterion for relief funds declared unlawful, should Solidarity not receive an undertaking by the department by 13:00 on 1 May 2020 that this requirement would be scrapped.

“The minister’s action is contrary to her oath. We cannot leave it at that. The pandemic does not discriminate, nor do the consequences of the pandemic discriminate and when it comes to granting relief, we expect the state not to discriminate either,” Hermann concluded.

Read the letter to the minister here.